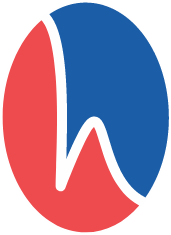 Please see article from the Guardian below:

When I was growing up I routinely bunked PE lessons. I saw PE as optional – it was on the timetable, but no one seemed to care if you didn’t attend. PE was for sporty kids anyway, and I wasn’t one of them.

Times have changed. We now know so much more about the value of physical activity – for physical and mental wellbeing, to promote positive body image in women and girls, to help people with depression, to engender a healthy lifestyle from an early age, to sharpen concentration and academic performance, and even to tackle the gender pay gap (research shows that women who play sport are more likely to enjoy high-flying careers).

So why is PE still treated as if it were optional? And that’s not just by tearaway teens, but by schools themselves. New research from the Youth Sport Trust has revealed that 38% of teachers have seen a drop in secondary school PE over the last five years as a direct result of exam pressures on 14- to 16-year-olds.

The survey results didn’t surprise me. While schools are advised to provide two hours of PE a week (which includes time for students to get to the class and get changed either side), nothing is enforced. In recent years I’ve been told many woeful stories about PE in state schools. In one London borough, primary schools reeling from the effects of savage cuts and under pressure to achieve exam results cut PE lessons for two whole terms so that pupils could focus on preparing for their SATs.

Why has women’s fitness become a beauty contest?

Predictably, this is a story of economics and privilege – those schools were primarily made up of pupils for whom English was a second language. Another teacher told me of their school “regularly pulling kids from PE to do further English lessons when PE was the only lesson they could really take full part in with limited language skills”. On a BBC 5Live phone-in on this subject on Wednesday, a head of PE from a school in the West Midlands said that underachieving year-11 students were being taken out of PE lessons for additional learning support ahead of their exams.

That’s the maddening thing. The schools with kids facing the biggest academic hurdles are often those facing the biggest cuts to their PE programme. And those are often the kids for whom extracurricular sports clubs are not an option, so when it comes to physical education school is their lifeline. Little wonder, then, that privately educated athletes are overrepresented in the Team GB medal tally, with one third of British medallists at Rio 2016 having attended fee-paying schools – five times the national average.

And yet the research tells us that cutting PE hinders academic and personal success. Lawrence Dallaglio’s RugbyWorks programme uses rugby to engage young people in pupil referral units and get them back into education. Their 2017 Impact report found that 68% of the young people on their schemes were in employment, education or training a year after leaving, compared with the national average of 50% six months after leaving. Just through playing rugby.

Even when children are getting access to PE, there are concerns about the quality of the lessons. Primary school teachers receive an average of just six hours’ training in delivering PE lessons – and many report feeling unassured and ill-prepared as a result, a situation exacerbated by the fact that many teachers themselves had negative experiences of PE at school.

Unlike with maths or English, where there is a requirement for all pupils to achieve a level of literacy and numeracy, in PE there is not enough emphasis on physical literacy (as distinct from sporting excellence). So marginalised young people – in bigger bodies, with disabilities or with body confidence issues – are further alienated from physical activity.

This category includes the likes of GB Goalball’s Georgie Bullen, a visually impaired athlete who was told by her PE teachers that she was no good at sport, only to go on to represent her country at London 2012. Or the woman who tweeted me this week to say that as an asthmatic with endometriosis she was “shouted at and treated as a waste of time by my PE teachers”, but has now found her sporting passion in roller derby.

In praise of… sports day

If only PE was like other subjects: widely taught, requiring expertise to lead classes, catering for all, and using teaching methods to convey technical information. Not merely a roar of “Unlucky, mate!” or “RUN!”. In what other subject would that be acceptable? “DO THE MATHS!” seems an unlikely classroom instruction.

We are at risk of depriving a generation of young people of physical activity, at a time when so many other factors are combining to put their physical and mental wellbeing at risk. PE is the free-to-access physical activity that should never be cut. And yet here we are, 25 years on from when I left school, still making the same errors. We really should know better.

• Anna Kessel is the author of Eat Sweat Play